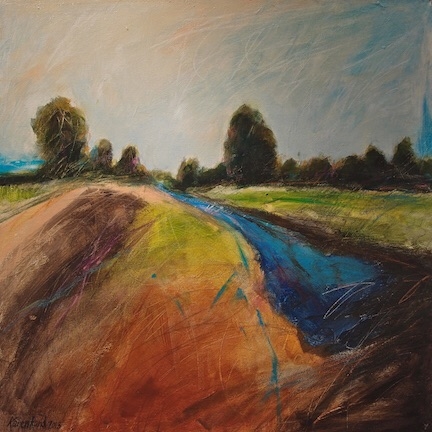 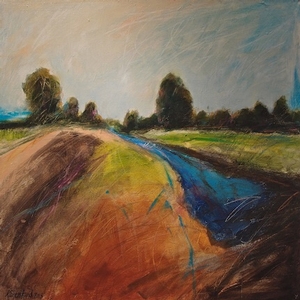 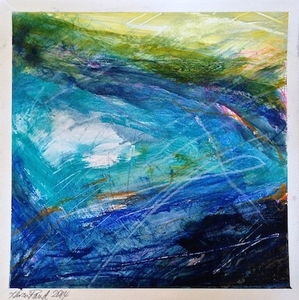 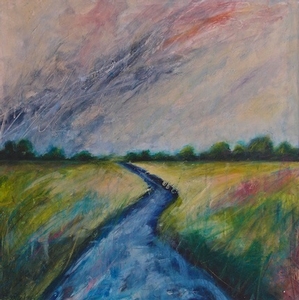 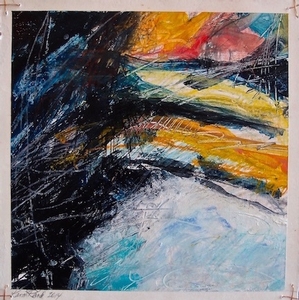 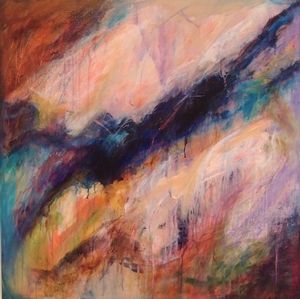 Providence artist Karen Rand Anderson graduated with honors from Rhode Island School of Design in 1977 with a BFA in ceramics, and in 2010 received her MFA in mixed-media studio art through the Vermont Studio Center/Johnson State College master’s program in Johnson, VT. After graduation from RISD, she moved to coastal Connecticut, raised a family, and continued to pursue her art practice for thirty years. In 2010, she happily relocated back to Providence, and has become an active participant in the Rhode Island arts scene.

Karen’s deep involvement with visual art has spanned many years and many different media, including glass, ceramics, sculptural work with natural and found materials, drawing and painting. Most of her work, no matter the medium, is influenced by her connection with the natural world, and her current foray into painting focuses on an emotional and often abstract exploration of landscape, informed by intuitive mark-making, layering of color, gestural brushwork, and spontaneity. Her work has been shown in solo, invitational and juried shows throughout New England, as well as further afield, and has won numerous awards. She has completed artist residencies at Vermont Studio Center, I-Park Artists Enclave (CT) and in Bulgaria. Karen’s professional affiliations include artist membership at the Providence Art Club and elected artist of Art League RI, where she also serves on the Board of Directors and as co- chair of the Exhibitions Committee. She paints in a light-filled studio in a mill in Pawtucket, where she is incredibly grateful to be able to work.